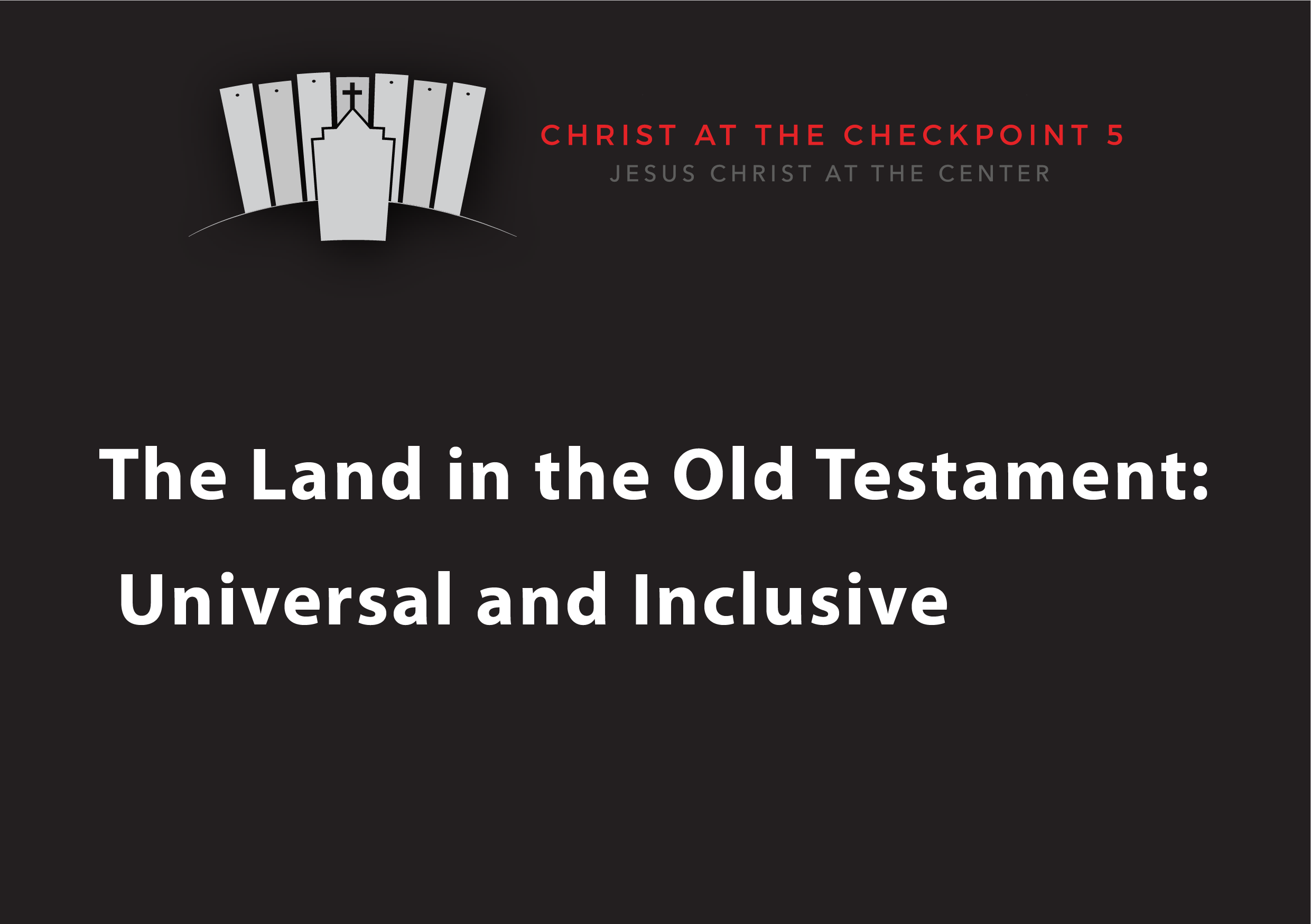 What is the Promised Land? Why a particular land? These are questions that we have already discussed. They led us to conclude that the Land in the Old Testament has always had a universal dimension, and points toward expansion of the land and the inclusion of new “families” and new “lands” into the family and land of biblical Israel. This inclusive nature must be rediscovered and highlighted, especially in the face of the many exclusive voices today.

Let us consider the Abrahamic covenant. From the outset, God told Abram that in him “all the families of the earth shall be blessed”. Abram’s name was changed into Abraham because God wanted to make him “the father of a multitude of nations” (Gen. 17:5). T.D. Alexander observes:

“The promise that Abraham will become a great nation, implying both numerous seed and land, must be understood as being subservient to God’s principal desire to bless all the families of the earth.”[1]

Moreover, in many Messianic prophecies, we see what we can describe as the “Messianic Land”. For example, Psalm 2:8 declares that God will give the king the nations as his inheritance and the ends of the earth as his possession (Ps. 2:8; see also Ps. 72: 8, 11). Micah 5:4 says that the ruler of Bethlehem “shall be great to the ends of the earth”, and Zechariah 9:10 speaks of the coming king that “his rule shall be from sea to sea, and from the River to the ends of the earth”. Finally, Isaiah 54:2-4 speaks clearly about the expansion of Jerusalem in the eschaton.

Psalm 87 is very striking in its inclusivity. It speaks of a day when Jerusalem will be a multinational city:

On the holy mount stands the city he founded; the Lord loves the gates of Zion more than all the dwelling places of Jacob. Glorious things of you are spoken, O city of God. Selah

Yohanna Katanacho comments on this Psalm:

“Psalm 87 puts a vision of equality and an absence of subordination before us. There are no second-class citizens in Zion. This equality is not just civic but is also covenantal. They all share the same God, are born in the same city, and registered by the same hands. Their linguistic, historical, and military differences are not important. What unites them is God himself. Geography is no longer a point of tension because Zion belongs to God, not Israel. It is the city of God, and he alone can grant citizenship in his city. Citizenship comes by divine declaration, not by biological rights.”[2]

Another striking statement that speaks of the inclusive nature of Israel in the coming age is the one by Ezekiel towards the end of his book, when he says that sojourners shall be allotted an inheritance among the Israelites:

Ezekiel seems here to reflect a tension in post-exilic Israel as it pertains to attitudes towards foreigners. Ezek. 44:5-9, in a manner similar to what we find in Ezra-Nehemiah, advocates an exclusive theology in an attempt to preserve the identity and purity of Israel. Ezek. 47:20-23, on the other hand, anticipates a time – in the coming age – in which a transformed and secure Israel will incorporate non-Israelites and allow them to have even an inheritance in the land.

The book of Isaiah also has a strong positive and inclusive attitude towards the nations. The Zion we find there will be inclusive of other ethnicities and nationalities, and the words of God will guide all the nations (Isa. 2:2-3). One of the clearest statements in Isaiah that shows a remarkably positive attitude towards the nations as it pertains to the temple is found in Isaiah 56. There, Isaiah claims that one day the temple will be a “house of prayer for all peoples”. In the new temple, everybody will be equal, reminiscent of the original state of humanity:

Let not the foreigner who has joined himself to the LORD say, “The LORD will surely separate me from his people” and let not the eunuch say, “Behold, I am a dry tree.” For thus says the LORD… I will give them an everlasting name that shall not be cut off. And the foreigners who join themselves to the LORD, to minister to him, to love the name of the LORD, and to be his servants… these I will bring to my holy mountain, and make them joyful in my house of prayer; their burnt offerings and their sacrifices will be accepted on my altar; for my house shall be called a house of prayer for all peoples”. (Isa. 56:3-7)

Isaiah’s remarkable vision of a universal Zion and his statement that the temple will be called a house of prayer for all peoples, in addition to Ezekiel’s words about the equal status of the sojourners and their sharing of the inheritance reveal a voice within the OT tradition that hopes for a future in which Jerusalem, the temple, and the land will be inclusive and open to all.

We can thus conclude that the OT advocates for a vision in which the land becomes both universal and inclusive. One place for all peoples; a striking contrast to our reality today.

[1] T.D. Alexander, 2002, From Paradise to the Promised Land: An Introduction to the Pentateuch, Paternoster Press, Cumbria, p. 146 (emphasis added).