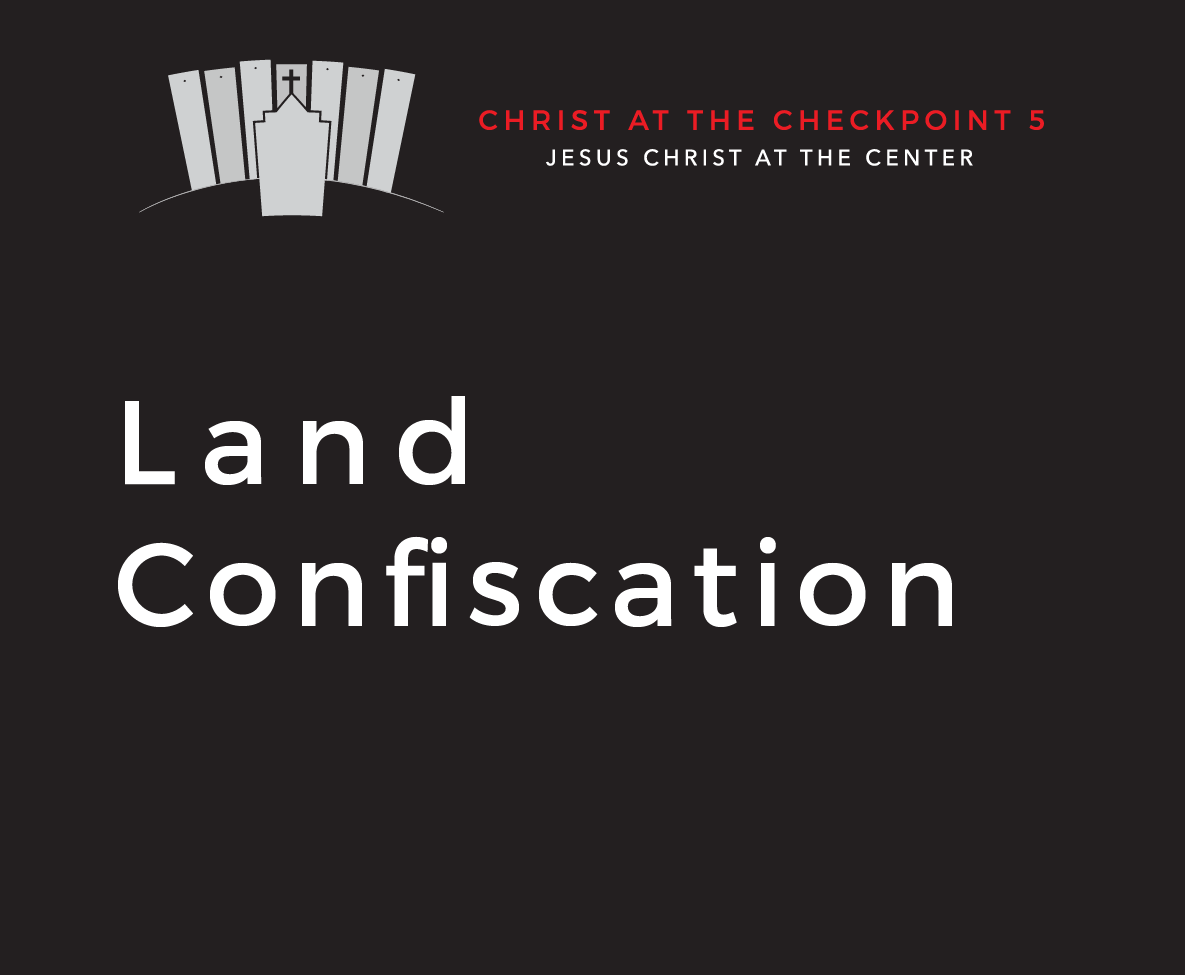 Imagine working hard for years and saving money to purchase a piece of land to secure your future and the future of your children, only for an occupying army to arrive in this land and confiscate it by force for the use of the “empire”. In Palestine, this is not imagination. This is reality under occupation.[1]

Land confiscation is not a new phenomenon in this land. In the biblical tradition, perhaps no other story illustrates this abuse of power by the “king” with regards to the land than the story of king Ahab and the vineyard of Naboth (1 Kings 21). The relatively large space this narrative received in the book of Kings is an indication that the narrative demands special attention. Ahab, king of the northern kingdom, saw the vineyard of Naboth the Jezreelite, coveted it, and presumed that he had divine entitlement to ask Naboth to sell it to him (21:2). Naboth, on the other hand, rejected this based on his belief that this is a land entrusted to him by God as an inheritance, and therefore he could not sell it (21:3).

The infamous queen Jezebel intervened in the story, and reminded Ahab that, as king of Israel, he was entitled to take the vineyard (21:7). The assumption is simple: “Just because you can, then you should!” A plot was made, Naboth was killed, and Ahab received the vineyard (21:16). No apology was made. Power and manipulation were at play here. The victim in this narrative was Naboth, who represents the powerless peasants of Israel. The way in which Naboth and Ahab related to the land manifested a startling contradiction. One treated it as a gift, the other as an entitlement. One believed that it belonged to the community; the other wanted it for his empire.

The attitude of Naboth is similar to that of many contemporary Palestinian farmers. It is no surprise that Palestinians take the olive tree as a symbol, for it reminds them of their rootedness and belonging to the land. This attitude can be summarized by the words of Brueggemann:

Naboth is responsible for the land, but is not in control over it. It is the case not that the land belongs to him but that he belongs to the land.[2]

The Bible is a book of hope and justice, and that was not the end of the story. The story concluded with judgment on Ahab. He was found guilty for murder and “taking possession:”

“Thus says the Lord: Have you killed and also taken possession? … In the place where dogs licked up the blood of Naboth shall dogs lick your own blood”. (1 Kings 21:19)

The king, who was supposed to be the guardian of justice in the land (Psalm 72), instead was responsible for inflicting injustice on the people of the land. God intervened and brought justice, for he is a God who is concerned for justice. Ahab had forgotten that:

“Justice, and only justice, you shall follow, that you may live and inherit the land that the LORD your God is giving you”. (Deuteronomy 16:20)

Interestingly, justice took place in the same place where Naboth was killed, hinting maybe that the land avenged the death of Naboth. God is a God of justice, and this our biblical hope.

Let us remember that our biblical hope was revealed in the child of Bethlehem, who promoted and incarnated a new way of kingship. Jesus is the ultimate just and humble king. Of him the prophet Jeremiah said:

“Behold, the days are coming, declares the LORD, when I will raise up for David a righteous Branch, and he shall reign as king and deal wisely, and shall execute justice and righteousness in the land”. (Jeremiah 23:5)

The Bible and the Land – 5 The Land and Justice