The Bible and the Land – 2 What Were the Boundaries of the Promised Land? 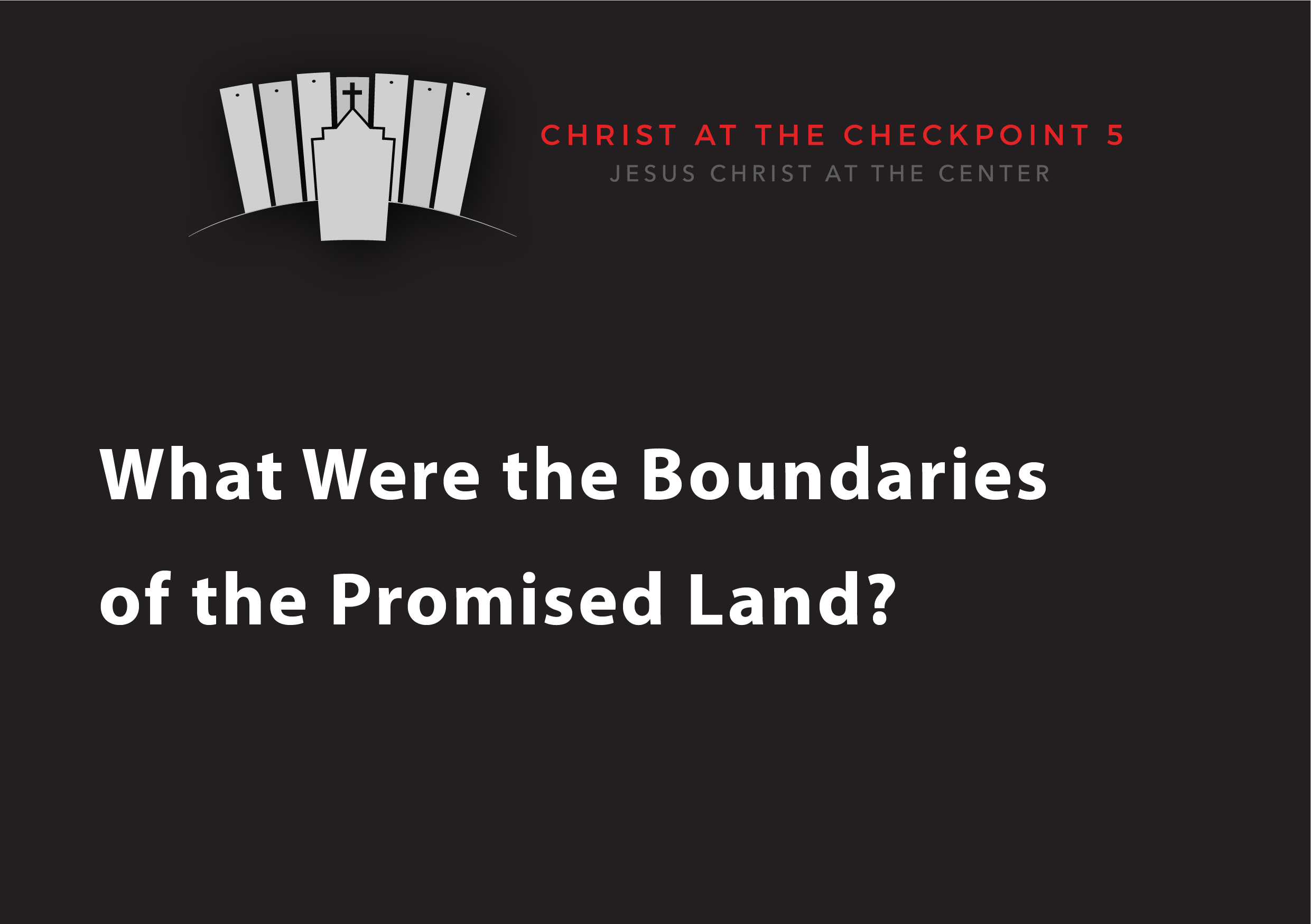 The Bible and the Land – 2 What Were the Boundaries of the Promised Land?

What Were the Boundaries of the Promised Land?

But let me try to simplify things, by dividing these different boundary descriptions into roughly two maps: (1) the land of Canaan, (see map 1 below) and (2) a wider territory (from river to river) that includes most of the Ancient Near East (see map 2 below). In addition, in the different periods, the land had different shapes. The allotted land in the days of Joshua, for example, is different from the land during the reign of David and then Solomon. In both cases, the boundaries went beyond modern day Israel and Palestine.

Source: M. Weinfeld, 2003, The Promise of the Land: The Inheritance of the Land of Canaan by the Israelites,University of California Press, Berkeley, pp. 57-58

The promise to Abraham in Genesis 15 is most striking to us:

On that day the LORD made a covenant with Abram, saying, “To your offspring I give this land, from the river of Egypt to the great river, the river Euphrates, the land of the Kenites, the Kenizzites, the Kadmonites, the Hittites, the Perizzites, the Rephaim, the Amorites, the Canaanites, the Girgashites and the Jebusites.” (Gen. 15:18-21)

I would like to pause and suggest to our Christian Zionist friends that if they insist on using the Bible to justify Jewish sovereignty over modern day Palestine and Israel, then they should also call for Israel to invade Jordan, Lebanon, Syria, Iraq, Saudi Arabia and Egypt. That is, if they wish to be consistent, or, simply just stop using the Bible!

In all seriousness though, what did these boundaries reflect? According to Jewish scholar Wazana, using water boundaries in the Ancient Near East had significant indications:

The promise reflected in spatial merisms is not to be understood literally, nor should it be translated and transformed into border lines on maps. It is a promise of world dominion. The spatial merisms in promise terminology reflect a land that has no borders at all, only ever-expanding frontiers; they are referring to universal rule.[2]

Moreover, in many Messianic prophecies we see what we can describe as the “Messianic Land”. For example, Psalm 2:8 declares that God will give the King the nations as His inheritance, and the ends of the earth as his possession (Ps. 2:8; see also Ps. 72: 8, 11). Micah 5:4 says that the ruler of Bethlehem “shall be great to the ends of the earth,” and Zechariah 9:10 speaks of the coming King that “His rule shall be from sea to sea, and from the River to the ends of the earth”. Finally, Isaiah 54:2-4 speaks clearly about the expansion of Jerusalem in the eschaton.

We should not then be surprised when we read in Romans 4:13 that Abraham was promised that he will inherit “the world” (not merely the land!). Nor should we be surprised when Jesus declared before his ascension that all authority “in heaven and on earth” has been given to Him.

God is not merely concerned with a small piece of land in the Ancient Near East. He is the God of all peoples and all lands. Canaan was only the first stage – not the goal.

[2] N. Wazana, 2003, From Dan to Beer-Sheba and from the Wilderness to the Sea: Literal and Literary Images of the Promised Land in the Bible, in M.N. MacDonald (ed), Experiences of place, Harvard University Press, Cambridge, Mass, p. 71.

The Bible and the Land – 1 Whose Land is it Anyway?