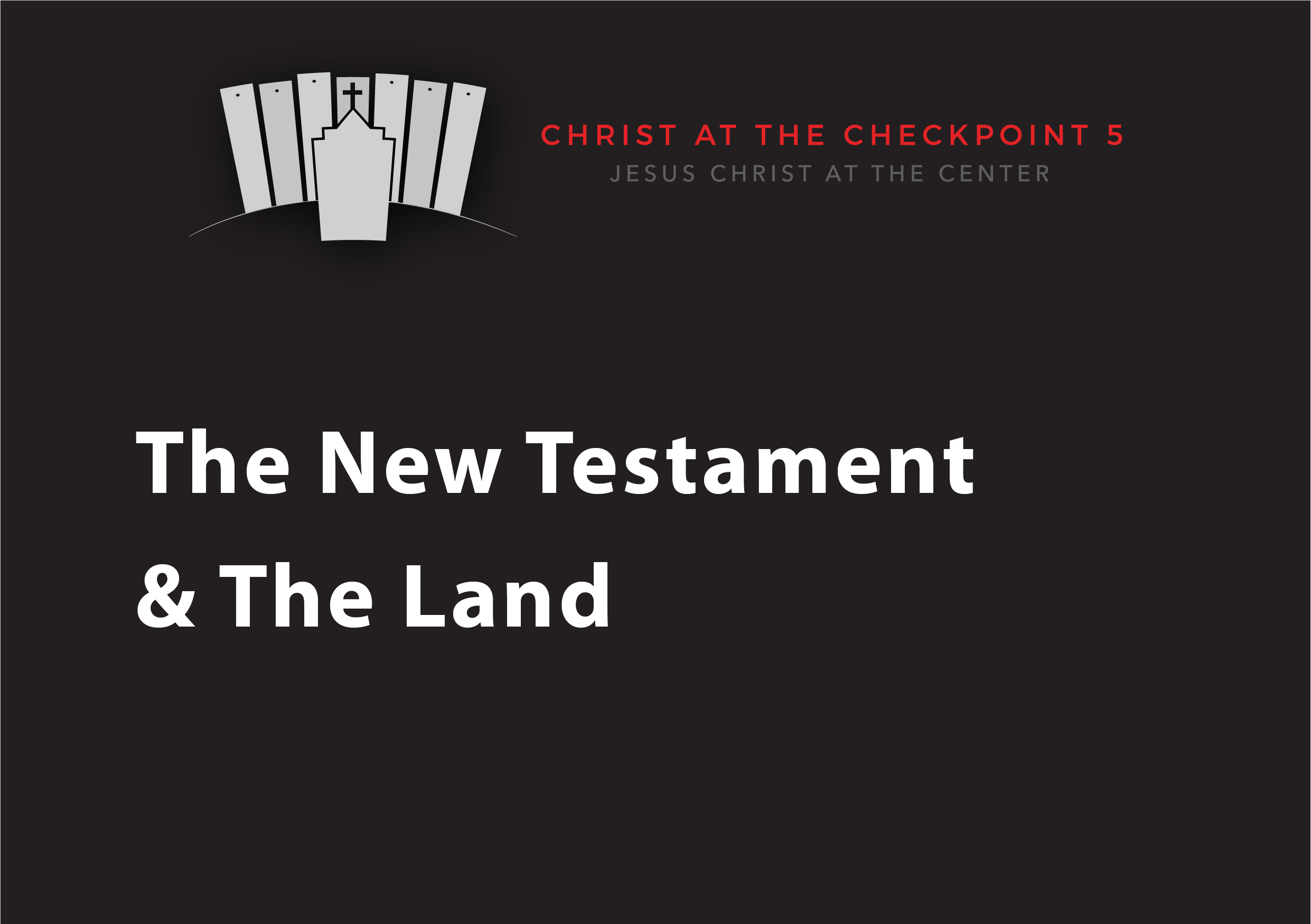 The place to start our investigation of the land theme in the NT, therefore, is the life of Jesus. “No biblical theology of the land is possible which bypasses Jesus on this issue”.[1] It is of great significance that all four Gospels start their narrative of Jesus by linking him with the OT narrative, and by arguing that Jesus is in fact continuing this narrative. Matthew’s genealogy (1:1-17), Mark’s citation of Isaiah and Malachi (1:2-3), Luke’s account of the words of the angel and the prayers of Mary and Zechariah (1:16-17, 46-55, 68-79), and John’s claim that Jesus came to his “own” (1:11) – all point to the conclusion that the evangelists saw the “Jesus-event” that they are narrating as the continuation and the climax of the story of Israel. As Dunn confirms:

“Unless a NT theology both recognizes and brings out the degree to which the NT writers saw themselves as in continuity with the revelation of the OT and as at least in some measure continuing or completing that revelation, it can hardly provide a faithful representation of what they understood themselves to be about.”[2]

The belief that the Jesus-event is the climax of the story of Israel is evident in Luke’s account of Jesus’ post-resurrection words to his disciples that everything written about him in “the Law of Moses and the Prophets and the Psalms” must be fulfilled: his suffering, resurrection, and the proclamation of the Gospel to the nations beginning from Jerusalem (Lk. 24:44-47). And as Enns comments:

“Jesus is not saying that there are some interesting Old Testament prophecies that speak of him… Rather, he is saying that all Scriptures speak of him in the sense that he is the climax of Israel’s story. The Old Testament as a whole is about him, not a subliminal prophecy or a couple of lines tucked away in a minor prophet. Rather, Christ—who he is and what he did—is where the Old Testament has been leading all along.”[3]

In addition, N.T. Wright points out that it was Jesus himself, and not simply the NT writers, who communicated this impression:

“Jesus… claimed in word and deed that the traditional expectation was now being fulfilled. The new exodus was under way: Israel was now at last returning from her long exile. All this was happening in and through his own work.”[4]

One of the most importance statements of Paul in this regard is 2 Cor. 1:20: “For all the promises of God find their yes in him”. This is “one of the most theologically pregnant statements in all of Paul’s writings”.[5] Moreover, Walker argues that the phrase “all the promises” would necessarily include those concerning the land.[6] In other words, the story of Israel, in its totality, including the part related to the land, must find its fulfilment – its yes – in Jesus. The place to start our investigation of the land theme in the NT, therefore, is the life of Jesus.

And this is why Palestinian theologians insist that we must read the OT prophecies through the lens of the New Testament. The coming of Jesus brings new meaning and new insights to the story and theology of Israel:

We, Christian Palestinians, believe, like all Christians throughout the world, that Jesus Christ came in order to fulfill the Law and the Prophets. He is the Alpha and the Omega, the beginning and the end, and in his light and with the guidance of the Holy Spirit, we read the Holy Scriptures. We meditate upon and interpret Scripture just as Jesus Christ did with the two disciples on their way to Emmaus. As it is written in the Gospel according to Saint Luke: “Then beginning with Moses and all the prophets, he interpreted to them the things about himself in all the scriptures” (Lk. 24:27)[7]

[1] Walker, Peter. “The Land in the Apostles’ Writings.” In The Land of Promise. Edited by Philip Johnston and Peter Walker. Illinois: Apollos Intervasity Press, 2000, p. 115.

[3] P. Enns, 2005, Inspiration and Incarnation: Evangelicals and the Problem of the Old Testament, Baker Academic, Grand Rapids, Mich., p. 120 (emphasis in the original).