"But you, oh Bethlehem, small among Judah, A ruler will come, ancient and strong.” 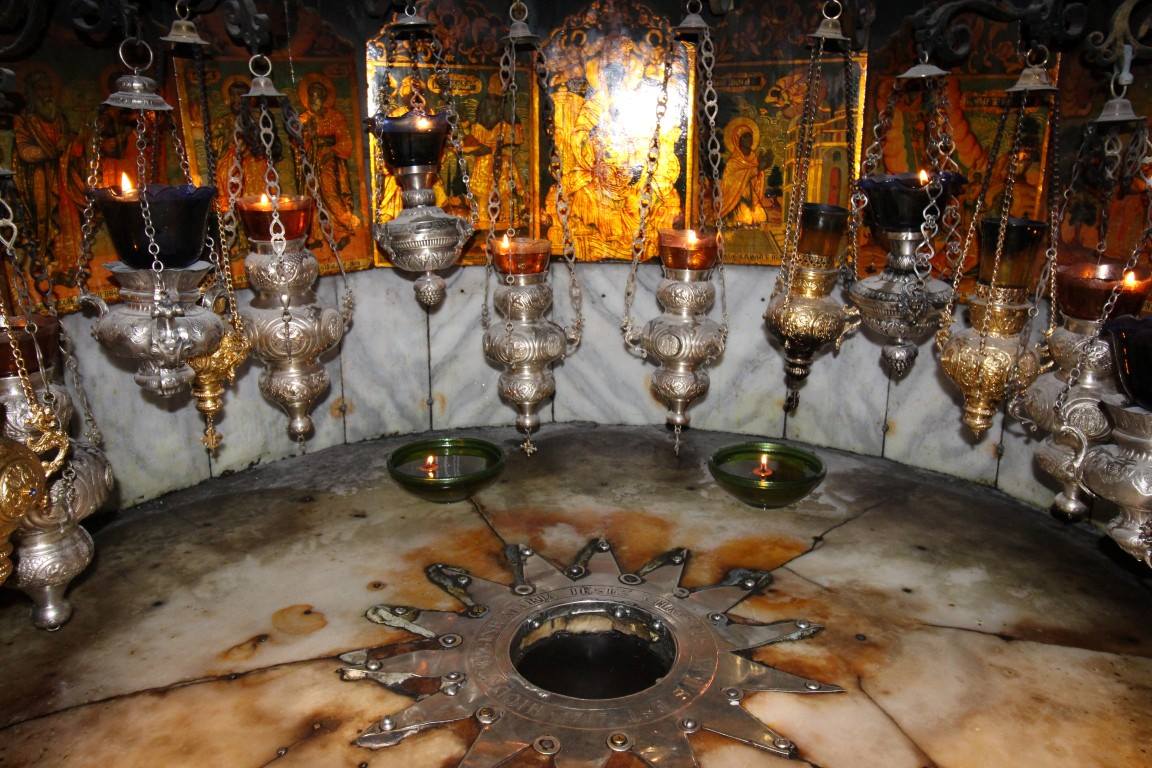 “But you, oh Bethlehem, small among Judah, A ruler will come, ancient and strong.”

“Every boot used in battle, and every garment rolled in blood

will be destined for the fire.

For unto us a child is born,

to us a son is given,

and the government will be on His shoulders.

We will call him Prince of Peace.

Of the greatness of His government and peace there will be no end.

establishing and upholding His Kingdom with justice and righteousness from that time until forever.”

Today, the unrest occurring in the Holy Land corresponds to the power structures of our day warring over land, ideologies and harmful theologies.

Our King, Jesus, invites us into life in the Kingdom of God that requires putting others before ourselves, uplifting the marginalized and devoting ourselves to a life of righteousness that encompasses reconciliation and justice.

As Advent is upon us, we remember that our King was born to a conflicted region. We are keenly aware this Christmas that Jesus calls us to be people of peace, and that we will know who the children of God are by those who are peacemakers.

“And who could have foreseen this?

He was of no consequence.

He had no beauty or glory.

He was rejected, despised;

A man of such sorrow, we’d cover our eyes.

But you, oh Bethlehem, small among Judah,

A ruler will come, ancient and strong.”

Overlooked by the powers of today, Bethlehemite citizens struggle to be seen and heard in the midst of religious and political tension. Christian and Muslim Palestinians in Bethlehem know, perhaps better than any, the strife of life under occupation and fleeing powers that wage violence against them just as Mary, Joseph and Jesus experienced.

Is it not in the unlikely places that Christ appears?

Was it not the marginalized shepherds of Beit Sahour that the angels first appeared to proclaim the birth of the Messiah?

Was it not in a humble grotto of Bethlehem that our King first graced the world with His presence?

Could it not be that in this place of which they say is a waste, this intractable conflict between Israel and Palestine, that there will be heard yet again the voices of mirth and gladness?

If our faith is rooted in the revolutionary man that was unassuming, meek and rejected by society yet overcame with self-sacrificing love, nonviolence and compassion, should we not follow in His footsteps?

When did following Christ look like maneuvering foreign policy to hasten the coming of the end times?

When did following Christ begin to look like protecting oneself from the “other”?

When did following Christ mean that we look after ourselves and not the alien (read “immigrant”)?

When did following Christ mean that we profit at the expense of those less fortunate?

When did following Christ become a social club for the upper-middle class?

When did following Christ stop looking like Christ himself?

Writing to you from the heart of Bethlehem, Palestine, I ask,

“When will we see that the Kingdom is open to all? When will we begin to dismantle the barriers of “us” and “them”? When will we, Christians, reflect the self-sacrificing, nonviolent, compassionate love of Jesus to those around us?”

As tear gas and sound bombs sound outside my office on this declared “Day of Rage” in response to the United States’ current administration’s decision to declare Jerusalem as the capital of Israel, I implore you to consider the way of Jesus. Harmful interpretation of prophecy and subsequent theology is literally killing people. If I know anything to be true of Jesus, it is that there is no room for hatred, violence or even separate-ness of the “other” in the Kingdom. Any theology that pits one group of people against another is not one that comes under the authority of Jesus.

Let us look to the unlikely places this Christmas season. Let us go there. Let us see the light that is dawning in these places where people are walking in darkness. Let us increase our joy alongside the marginalized. Let us enter into suffering as our King did. For we know, in the end, that in this place of which they say is a waste, there will be heard again the voice of mirth and gladness.

Kamila is volunteering full-time with Bethlehem Bible College in the Communications Department. In addition to her love for writing and sharing stories, her endeavors in Bethlehem and greater Palestine involve facilitating cultural immersion programs for young adults from North America to see first-hand the realities that those living here encounter. At times deemed the “eternal optimist,” Kamila holds fast to the future hope of restoration and reconciliation of all things back to God. When she’s not writing, or organizing trips, you’ll catch her training and competing with the Ultimate Palestine frisbee team.